How to Write an Argumentative Essay
Academic

How to Write an Argumentative Essay

We analysed 374 Distinction Argumentative Essays To Uncover The Secret Formula 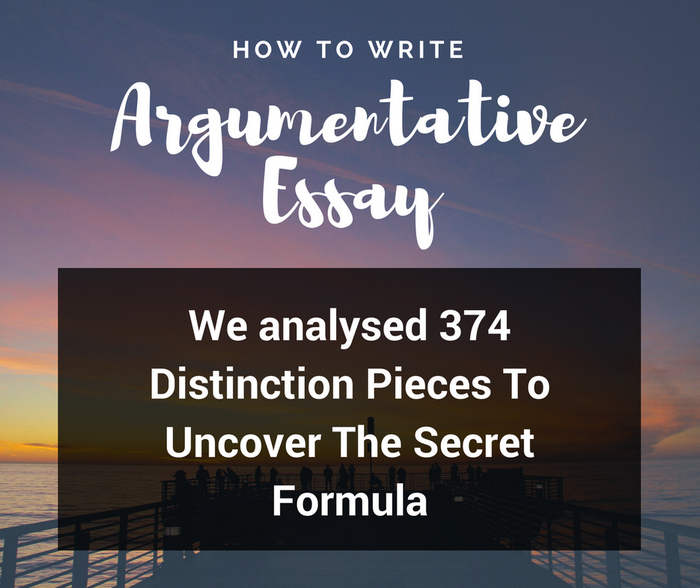 We have been writing essays and assignments for more than 7 years. After completing multiple argumentative essays, there’s one thing that doesn’t change – the amount of effort we put into writing each and every single piece.

Quality argumentative essays don’t happen by accident. It has to form a really convincing argument to grab your lecturer’s attention, spark their interest and then guide them from start to end.

So, we did what I usually do to improve. We got data. Lots of it.

This was our idea – if we gather enough sample argumentative essays that schools were putting up as a perfect example of how it should be written, we could compare them, contrast them and uncover the secrets to writing an argumentative essay so good that even the schools want it featured on their website.

If we did this, we would have a clear idea of how to write argumentative essays, every single time.

Note: These steps are not your ‘get the assignment done easily’ type of steps. It requires time and effort, but you will definitely ace your essay. If you are looking for immediate assignment help, however, you can count on us!

Note 2: The following guide is by no means the only way of writing an argumentative essay. However, we have discovered that this is the best way to score.

Join 1,000+ Singaporeans who have chosen us for model assignment papers in Singapore.

See why we are different

This is the data we used for this experiment

Our favourite source for distinction essays is our writers. Other than that, we love searching through the different Universities’ website for sample argumentative essays they put up from time to time.

Sorting through the data was challenging as well. Many of the essays found are actually not of great quality mainly because they are either student-submitted essays that somehow make its way to the website unsecured, or essays put up by schools to teach students on what NOT to write for an argumentative essay.

In total, we analysed 374 quality argumentative essays put up by Universities around the world.

Crucial Findings from the Argumentative Essays

What were the crucial findings that we found in the sample essays? Here they are.

I. An introduction is on average 10% of the length of the essay

Of these argumentative essays, all of them contain a proper introduction. These introductions are on average, about 10% of the total word count of the essay.

Takeaway: Have a proper introduction section and keep it ideally between 8-12% of the total essay word count

Students often write an introduction that is either too short, too long, or missing altogether. More than just following the rules above, you can use this checklist guide to help you with writing an introduction.

According to the research, there are five points that are included in most of the 374 essays we’ve analysed. These five points are the key to getting a great introduction.

Is the new PSLE scoring system better for students and parents?

Your general background information should be on PSLE. You can write briefly on what is PSLE and how it has been graded in the past

2. Focus on the research problem

3.Provide evidence for the focus

You will have to cite sources to back up what you have written on the focus. In this case, you will definitely need to cite the sources when explaining the T-score grading system and the reason given by the Ministry of Education for the change. Depending on the number of words for the essay, you can write either a brief explanation or an in-depth definition and explanation.

4. ‘Problemise’ the focus and thus arriving at the purpose of writing this essay

After providing the evidence, you will need to ‘problemise’ it, so readers know what the purpose of writing this essay. Here, the purpose is immediately apparent in the title itself. “Is the new PSLE T-score grading system better for students and parents?”. You can either rewrite this sentence or copy word for word, the title to be used in the introduction.

5. Objective of the argumentative essay

While only 56 of the 374 (14.9%) argumentative essays that we analysed contain an essay objective, we find that the percentage is significant enough for you to include it in your introduction.

An essay objective usually starts with: “This essay, therefore, seeks to…” or “This paper will first look at…”.

Here is a sample of an argumentative essay introduction:

Takeaway: Follow the 5 key steps in writing an introduction

For me, this was perhaps the least surprising insight from the data. Schools have been preaching on following this standard template since humans invented the wheel.

The template that the argumentative essays follow is the introduction-claims-opposing claim-conclusion template.

Surprise, surprise. Another standard template for paragraphs that is being preached as the frequently used argumentative essay template.

The 374 argumentative essays that we analysed contain a total of 1831 paragraphs. This is excluding the introductions and conclusions of these essays. Of these 1831 paragraphs, 94% followed the paragraph template.

For each claim or opposing claim paragraph that you write, the very first sentence has to explain the very essence of it.

This is what we call a topic sentence. It clearly explains what the paragraph is about, and in this case, what the argument is about.

Using the same topic, perhaps one of the claims that you’ve found out is that the new scoring band places less emphasis on academic results and more on holistic education.

In this case, the very first sentence of your paragraph should be:

One argument for the implementation of the new scoring band system is its strength in encouraging a holistic education for the students by shifting away from an overemphasis on academic results.

* The signposting phrase is bolded

After stating the topic sentence (or what the argument should be about), you should seek to explain it with sources you found that support this argument.

What this means is that more than just stating the opposing claim, you need to refute it by explaining why the opposing claim is invalid, incorrect or not strong enough to challenge the arguments that you have put forth earlier. This has to be done with supporting evidence from sources. 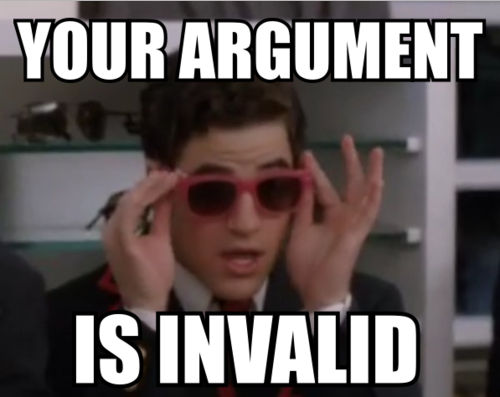 Alright, we will have to put the disclaimer here. Only 68% of the argumentative essays that we analysed contain a refute to the opposing claims. Nonetheless, it still represents a significant majority.

Remember to use suitable signposting words or phrases (e.g. Conversely, On the other hand) for the opposing claim paragraph so the entire essay will flow nicely.

Takeaway: Always mention why the opposing claims are invalid

Again, most of the conclusions of the argumentative essays follow a highly identical structure.

The conclusion is where you summarise, and more crucially, state your stand based on the arguments presented.

The structure is as follows:

Some suitable signposting phrases include:

It can be seen from the above. In conclusion. Based on what has been found.

2. Your stand on the topic

Be FIRM on your stand.

Never use weak words like ‘seem, maybe, should be’ that make it seems like you are not firm with your stand.

Explain how you reach your stand, by summarising what has been found

State all the major claims including the opposing claims written in the argumentative essay.

You should reach a conclusion that even with the opposing claims, they are not good enough to overturn what the claims have agreed on.

Takeaway: Follow the conclusion structure to writing a great conclusion.

VII. The Conclusion is about 11% of essay length

Alright, we will have to put the disclaimer here. Only 68% of the argumentative essays that we analysed contain a refute to the opposing claims. Nonetheless, it still represents a significant majority.

Remember to use suitable signposting words or phrases (e.g. Conversely, On the other hand) for the opposing claim paragraph so the entire essay will flow nicely.

Takeaway: Always mention why the opposing claims are invalid

Nick loves the written word. He spends part of his days wondering how to combine his two loves, writing and traveling. The rest of his time he spends having a little wine with friends along Siglap.
More by Nick

4 Tips to Learn How to Balance Work and School Efficiently

What Really is “Bargaining Power of Buyers”?

Want to score higher for your next school assignment?

Learn 7 Dirty Tips to Score for your Next Assignment, Free!